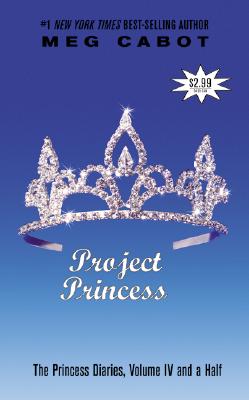 The Princess Diaries, Volume IV and a Half

A novella in the #1 New York Times bestselling series by Meg Cabot.

Hammer in hand, Princess Mia embarks on an epic adventure for one so admittedly unhandy: Along with her cohorts from school, she's off to build houses for the less fortunate. It doesn't take Mia long to realize that helping others -- while an unimpeachably noble pastime -- is very hard work. Will her giving spirit prevail? Will the house collapse due to royally clumsy construction? And most importantly, will Michael stop working long enough to kiss her?

Project Princess is an interstitial novella set in between the fourth and fifth books, Princess Diaries Volume IV: Princess in Waiting and Princess Diaries V: Princess in Pink, in the beloved, bestselling series that inspired the feature film starring Anne Hathaway and Julie Andrews. Beautifully repackaged in paperback, this title will appeal to new readers as well as fans looking to update their collection.