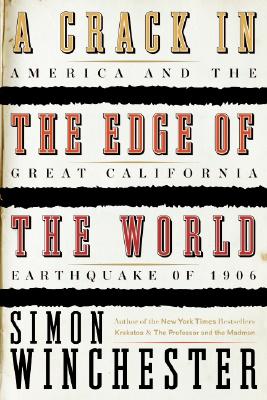 A Crack in the Edge of the World

The international bestselling author of The Professor and the Madman and Krakatoa vividly brings to life the 1906San Francisco Earthquake that leveled a city symbolic of America's relentless western expansion. Simon Winchester has also fashioned an enthralling and informative informative look at the tumultuous subterranean world that produces earthquakes, the planet's most sudden and destructive force.

Simon Winchester brings his inimitable storytelling abilities -- as well as his unique understanding of geology -- to this extraordinary event, exploring not only what happened in northern California in 1906 but what we have learned since about the geological underpinnings that caused the earthquake in the first place. But his achievement is even greater: he positions the quake's significance along the earth's geological timeline and shows the effect it had on the rest of twentieth-century California and American history.