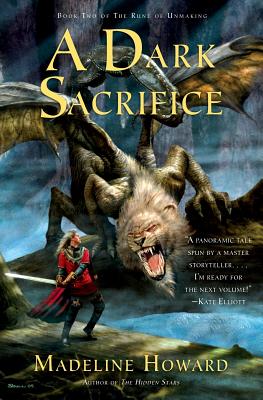 Book Two of The Rune of Unmaking

More than a century has passed since the mighty struggle between the wizards and the mages ended in their mutual destruction, and more than forty years since the Empress Ouriána became the Divine Incarnation of the Devouring Moon. Appointing twelve deadly sorcerers as her priests, she rules the land in darkness unending.

Yet there is a small chance for hope, if one foreordained princess can survive. But she has vanished behind enemy lines, and even a brave band of heroes may not be able to reach her in time. For Ouriána's dark reign has woken the ancient terrors of legend, and their vengeance will be swift and all-consuming. . . .

Debut author Madeline Howard enjoys gardening, Celtic myths, and working on the next Rune of Unmaking book. She lives in Northern California with her family.