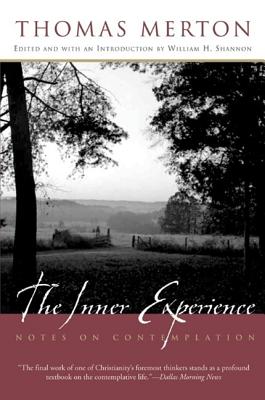 Now in paperback, revised and redesigned: This is Thomas Merton's last book, in which he draws on both Eastern and Western traditions to explore the hot topic of contemplation/meditation in depth and to show how we can practice true contemplation in everyday life.

Never before published except as a series of articles (one per chapter) in an academic journal, this book on contemplation was revised by Merton shortly before his untimely death. The material bridges Merton's early work on Catholic monasticism, mysticism, and contemplation with his later writing on Eastern, especially Buddhist, traditions of meditation and spirituality. This book thus provides a comprehensive understanding of contemplation that draws on the best of Western and Eastern traditions.

Merton was still tinkering with this book when he died; it was the book he struggled with most during his career as a writer. But now the Merton Legacy Trust and experts have determined that the book makes such a valuable contribution as his major comprehensive presentation of contemplation that they have allowed its publication.


Praise For The Inner Experience: Notes on Contemplation…

“Merton speaks to us even now -- and freshly -- with these perceptive insights into the contemplative life.” — Paul Wilkes, author of Beyond the Walls: Monastic Wisdom for Everyday Life

Thomas Merton (1915-1968) is widely regarded as one of the most influential spiritual writers of modern times. He was a Trappist monk, writer, and peace and civil rights activist. His bestselling books include The Seven-Storey Mountain, New Seeds of Contemplation, and Mystics and Zen Masters.

William H. Shannon is Professor Emeritus, at Nazareth College in Rochester, New York. He is the founding president of the International Thomas Merton Society, the general editor of the Thomas Merton letters, and coauthor of The Thomas Merton Encyclopedia with Christine Bochen and Patrick F. O'Connell. He is the author of the much acclaimed biography of Merton, Silent Lamp, as well as a number of books on spirituality, and has been published in many journals. He lives in Rochester, New York.