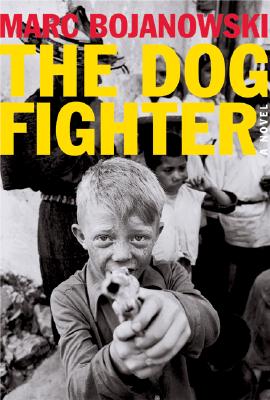 In this remarkable debut novel set in 1940s Mexico, Marc Bojanowski has crafted a work of startling originality -- a poetic, mesmerizing tale of loyalty, violence, love, and redemption.

Written in the searing voice of its unnamed narrator, this is the story of a young man drifting through the badlands of California and Mexico after the death of his mother. He eventually settles in Canción, a sleepy Baja city on the verge of transformation. Lured by money and fame, he enters into an underground world where men fight against trained dogs before a raucous crowd of the town's elite businessmen and those who work for them. With an uncommon display of strength, skill, and sheer fearlessness, he becomes an overnight success.

Before long he catches the eye of a powerful businessman, whose grand vision is to turn Canción into a lucrative resort destination. But when the dog fighter finds friendship with a revolutionary old poet and is drawn toward a mysterious young woman, he becomes ensnared in an intricate web of promise and deceit. Caught between the ways of his past and the dreams of his future, he is forced to make a devastating choice that ignites a mixture of jealousy, greed, lust, and betrayal, culminating in a fight both for his life and the fate of the city.

Haunting, lyrical, imaginative, and immensely powerful, The Dog Fighter is a stunning novel of beauty and brutality that announces the arrival of an extraordinary new talent in American fiction.


Praise For The Dog Fighter: A Novel…

“Remarkable…Bojanowski’s narrator has no name, but he is one of the most profoundly felt characters in recent fiction.”
— Dale Peck, author of Now It's Time to Say Goodbye

“Spellbinding. . . . An exceptional story of human loneliness and passion that will haunt every reader.”
— Library Journal

Marc Bojanowski graduated from the University of California at Berkeley and received his MFA in creative writing from the New School. His writing has appeared in The Literary Review. He lives in northern California.