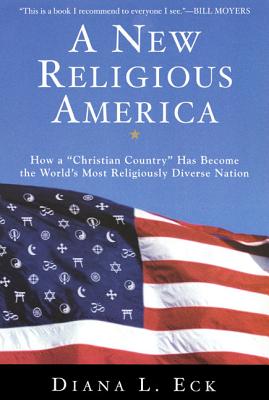 Diana L. Eck is Professor of Comparative Religion and Indian Studies at Harvard University and is Master of Lowell House and Director of The Pluralism Project. As a Christian, she has also been involved in the United Methodist Church, the World Council of Churches, and the life of Harvard Divinity School. Her book Encountering God: A Spiritual Journey from Bozeman to Banaras won the prestigious Grawemeyer Book Award. In 1998, President Clinton awarded her the National Humanities Medal for the work of The Pluralism Project in the investigation of America's religious diversity.


Praise For A New Religious America: How a "Christian Country" Has Become the World's Most Religiously Diverse Nation…

“A thought-provoking analysis of trends that will shape the United States for years to come.”
— Religious News Service

“This excellent overview of America’s exploding religious diversity doubles as an impassioned call to action.”
— Booklist

“A stunning tour de force that may forever change the way Americans claim to be ’one nation, under God.’”
— Publishers Weekly (*Starred Review*)

“There cannot be a wiser or more authoritative guide...rich, exciting, and illuminating.”
— Karen Armstrong, author of A History of God

“Diana Eck is the country’s best guide to America’s new pluralism.”
— Alan Wolfe, Boisi Center for Religion and Public Life, Boston College, author of One Nation, After All

“A thoroughly researched and lovingly written ethnography that tells us just what the subtitle promises.”
— Lauren Winner, Publishers Weekly

“This is a book I recommend to everyone I see.
— Bill Moyers

“This is more than a stuffy study. It’s an ambitious survey that celebrates the country’s growing religious diversity.”
— Steve Rabey, Religion News Service