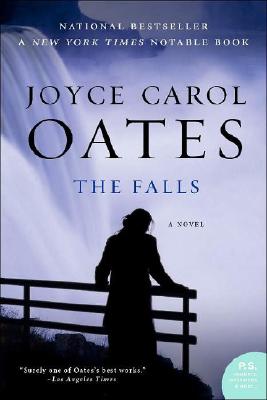 It is 1950 and, after a disastrous honeymoon night, Ariah Erskine's young husband throws himself into the roaring waters of Niagara Falls. Ariah, "the Widow Bride of the Falls," begins a relentless seven-day vigil in the mist, waiting for his body to be found. At her side is confirmed bachelor and pillar of the community Dirk Burnaby, who is unexpectedly drawn to her. What follows is a passionate love affair, marriage, and family -- a seemingly perfect existence. But tragedy soon takes over their lives, poisoning their halcyon years with distrust, greed, and murder.

Set against the mythic-historic backdrop of Niagara Falls in the mid-twentieth century, this haunting exploration of the American family in crisis is a stunning achievement from "one of the great artistic forces of our time" (The Nation).


Praise For The Falls: A Novel…