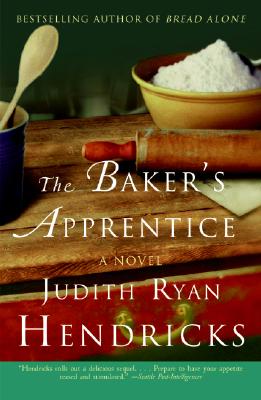 Having found her calling, Wynter Morrison is blissful about her new career in Seattle as a baker -- cherishing the long days spent making bread and the comforting rhythms of the Queen Street Bakery. Still, she struggles with the legacy of her failed marriage and with her new boyfriend Mac's reluctance to share his mysterious past. When Mac abruptly leaves Seattle, Wyn again feels abandoned and betrayed, at least until intimate letters arrive in which Mac at last reveals his deepest secrets. But the more she learns about her absent lover, the more Wyn discovers about herself -- and when tragedy threatens, she will have to decide if there is a place for Mac in this new life she has made.


Praise For The Baker's Apprentice: A Novel…

“Hendricks rolls out a delicious sequel in Baker’s Apprentice... Prepare to have your appetite teased and stimulated, often.” — Seattle Post-Intelligencer

“Warm and savory… Bakers will welcome the recipes that Hendricks includes.” — Publishers Weekly

“[An] engagnig sequel... a fulfilling and happy reading experience.” — Booklist

A former journalist, copywriter, computer instructor, travel agent, waitress, and baker, Judith Ryan Hendricks is the author of three previous novels, including the bestseller Bread Alone. She and her husband live in New Mexico.