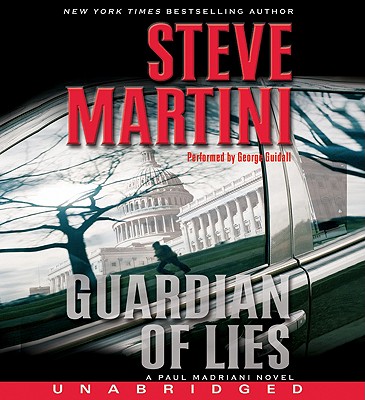 Defense attorney Paul Madriani gets caught in a web of deceit and murder involving Cold War secrets, a rare coin dealer who once worked for the CIA, and a furious assassin in one of the most entertaining novels yet in this New York Times bestselling series.

Together with his partner, Harry Hinds, Madriani must piece together the threads of a decades-old conspiracy involving priceless gold coins, an aging American spy, a disaffected Russian soldier, and a forgotten weapon from the days of JFK and the Cuban Missile Crisis. As the separate strands of the story come together, Madriani finds information that will ultimately lead him to the one person who holds the key to it all: a man some call "The Guardian of Lies".

In this fascinating thriller from New York Times bestselling author Steve Martini, Paul Madriani faces his most challenging—and most urgent—case yet, a breathless story that combines fact and fiction and will hold readers captive until its final, explosive conclusion.