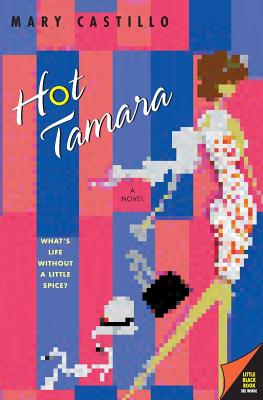 Tamara Contreras will never again settle for unmemorable sex. Her long-time boyfriend may look perfect to her traditional Mexican-American parents -- something Tamara has never been -- but at twenty-six she wants more from life than marriage and motherhood. So in front of everyone, Tamara does the unthinkable: She turns down her boyfriend's unexpected marriage proposal and leaves home for L.A.

Tamara thinks she's got the single-girl-in-the-city thing down, until she runs into Will Benavides, the former high school bad boy turned firefighter. If Tamara's parents had known how Will lit up her teenage fantasies, she'd have been shipped off to the nuns for sure! Now Will wants to make those fantasies come true permanently.

When an unexpected opportunity lands in her lap and Tamara has to choose between the career and the man of her dreams, she wonders if maybe la familia was right after all . . .

Mary Castillo attenteded the University of Southern California, where she majored in History. During that time she went on medical missions to Mexico (where she helped deliver a baby), and interned at L.A. County Hospital. But when it was time to choose a career, Mary went back to her original love of storytelling and began writing screenplays and novels. She has worked in public relations, advertising, and as a reporter for the L.A. Times Community News. She lives in Orange County, California, with her family.