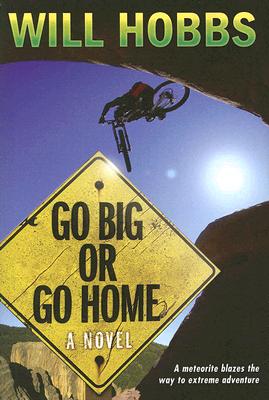 A meteorite is hurtling toward the Black Hills of South Dakota. . . .

Brady Steele watches in awe as a fireball comes crashing through the roof of his house. Brady immediately calls up his cousin, Quinn. They both love all things extreme, and this is the most extreme thing ever!

Fred, as Brady names his space rock, turns out to be one of the rarest meteorites ever found. Professor Rip Ripley from the museum in Hill City wants to study a sliver of it in search of extraterrestrial bacteria. He's hoping to discover the first proof of life beyond Earth, a momentous breakthrough for the new science of astrobiology.

During a wild week of extreme bicycling, fishing, and caving, Brady and Quinn battle their rivals, the notorious Carver boys, for possession of the meteorite. With each new day, Brady is discovering he's able to do strange and wonderful feats that shouldn't be possible. At the same time, he's developing some frightening symptoms. Could he be infected with long-dormant microbes from space? Is Fred a prize or a menace?

“This fast-moving tale by an author known for exciting survival stories...is full of sports action...intriguing.”
— KLIATT

“Offering something to tantalize nearly every boyish taste, this title is a great choice for reluctant readers.”
— School Library Journal

“With convincing, first-person narration, a fast pace and plenty of suspense, this is a welcome addition to Hobbs’s extremely reader-pleasing work.”
— Kirkus Reviews

Will Hobbs is the award-winning author of nineteen novels, including Far North, Crossing the Wire, and Take Me to the River.

Never Say Die began with the author's eleven-day raft trip in 2003 down the Firth River on the north slope of Canada's Yukon Territory. Ever since, Will has been closely following what scientists and Native hunters are reporting about climate change in the Arctic. When the first grolar bear turned up in the Canadian Arctic, he began to imagine one in a story set on the Firth River.

A graduate of Stanford University, Will lives with his wife, Jean, in Durango, Colorado.