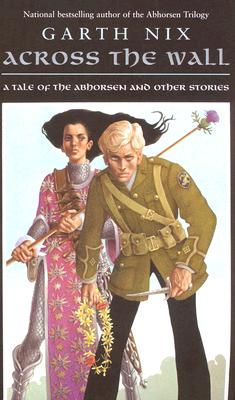 A Tale of the Abhorsen and Other Stories

From renowned fantasy author of the Old Kingdom series, Garth Nix, comes an entertaining collection of stories, including one Old Kingdom novella.

Across the Wall brings together an electic mix of Garth Nix’s writing spanning several years, beginning with the novella set in the Old Kingdom, “Nicholas Sayre and the Creature in the Case,” winner of two Aurealis Awards.

The collection also includes two tales inspired by Arthurian legend, a war story, a western, a traditional tale with a twist and a hilarious choose-your-own-adventure spoof. The volume is introduced by the author himself and, even better, so is each story—giving context, anecdotes and a glimpse into the exceptional mind of Garth Nix.