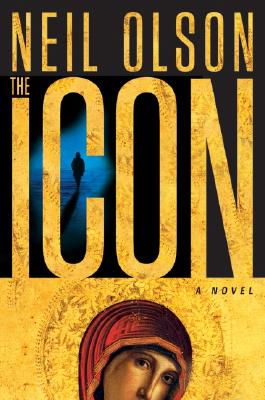 Matthew Spear, a young Greek-American curator at the Metropolitan Museum of Art, meets the lovely Ana Kessler, a sometime art dealer who has inherited an impressive collection from her mysterious grandfather. Matthew soon discovers that the jewel of the old man's cache is none other than the Holy Mother of Katarini -- a sacred icon long thought destroyed in a fire. But while Matthew recognizes the icon's value as a work of art -- and a star in his crown if he can add it to the museum's collection -- he soon discovers that it carries a far greater significance to numerous people, including his owngrandfather and godfather.

What Matthew does not realize is that his own connection to the icon will thrust himinto a byzantine web of death and deception, as other parties -- including a representative of the Greek Orthodox Church, a Russian "entrepreneur," a dying gangster, and a Nazi who has escaped the wartime tribunals for nearly six decades -- pursue it for their own means. All believe the icon to be a source of fantastic and inexplicable power, and all were somehow connected to the events that transpired in a small Greek village during World War II. As he experiences the peculiar resonance of the icon, and sees the hold it has on others, Matthew begins to understand that the only way out of his entanglement is to discover what really happened in that Greek village sixty years earlier. And he will soon be forced into a harrowing situation where he must decide who lives and who dies, and will have to reexamine virtually every aspect of his life -- the loyalties within his family, his feelings for Ana, and even the question of his own faith.

Is the icon chiefly a relic of historicand artistic significance? Or is it something more still -- a vessel imbued with the spirit and power of Christ himself? In a stunning debut that spans more than half a century and two continents, The Icon asks us to reach into the very heart of all our questions about faith, power, and love.


Praise For The Icon…

"Thought-provoking ... gracefully written and meticulously plotted, with characters that engage your attention from the start and hold it throughout."
-Philadelphia Inquirer

"Fast-paced ... the action is gripping, and the quest for the ever-illusive icon [ties] it all together."
-Booklist

"THE ICON is a complex, multi-layered tale of betrayal ... will keep you reading well into the small hours."
-Peter Robinson, author of STRANGE AFFAIR