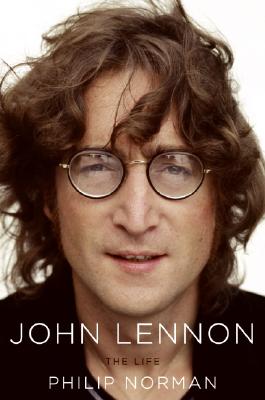 For more than a quarter century, biographer Philip Norman's internationally bestselling Shout! has been unchallenged as the definitive biography of the Beatles. Now, at last, Norman turns his formidable talent to the Beatle for whom being a Beatle was never enough. Drawing on previously untapped sources, and with unprecedented access to all the major characters, Norman presents the comprehensive and most revealing portrait of John Lennon ever published.

This masterly biography takes a fresh and penetrating look at every aspect of Lennon's much-chronicled life, including the songs that have turned him, posthumously, into a near-secular saint. In three years of research, Norman has turned up an extraordinary amount of new information about even the best-known episodes of Lennon folklore—his upbringing by his strict Aunt Mimi; his allegedly wasted school and student days; the evolution of his peerless creative partnership with Paul McCartney; his Beatle-busting love affair with a Japanese performance artist; his forays into painting and literature; his experiments with Transcendental Meditation, primal scream therapy, and drugs. The book's numerous key informants and interviewees include Sir Paul McCartney, Sir George Martin, Sean Lennon—whose moving reminiscence reveals his father as never seen before—and Yoko Ono, who speaks with sometimes shocking candor about the inner workings of her marriage to John.

Honest and unflinching, as John himself would wish, Norman gives us the whole man in all his endless contradictions—tough and cynical, hilariously funny but also naive, vulnerable and insecure—and reveals how the mother who gave him away as a toddler haunted his mind and his music for the rest of his days.

Philip Norman is a novelist, biographer, journalist, and playwright. He is the author of the bestselling biography John Lennon: The Life and the history of The Beatles Shout!: The Beatles in Their Generation. Norman has also published biographies of Buddy Holly, the Rolling Stones, and Elton John, as well as six works of fiction and two plays, The Man That Got Away and Words of Love. He lives in London.


Praise For John Lennon: The Life…

“[Norman] sharpens what we know about Lennon at just about every turn…devotees will relish the new information, while casual readers will find a familiar story told more truly than ever before.”
— Rolling Stone

“[Norman’s] definitive biography draws impressively on exclusive and extensive interviews with Yoko Ono and, for the first time on the record, their son Sean…densely detailed, intricately woven and elegantly told, John Lennon: The Life neither condemns nor condones, nor does it consecrate its subject.
— USA Today

“The bad news is that John Lennon: The Life is so rich and enveloping that it demands to be read…it’s a clear-eyed and compassionate study of a man...Grade: A-.”
— Entertainment Weekly