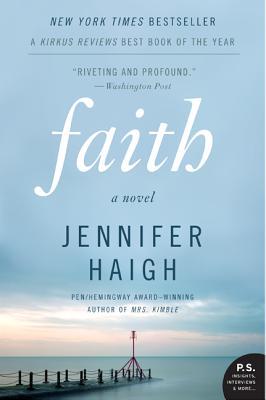 JENNIFER HAIGH is the author of the short-story collection News from Heaven and six bestselling and critically acclaimed novels, including Mrs. Kimble, Faith and Heat and Light, which was named a Best Book of 2016 by the New York Times, The Washington Post, the Wall Street Journal and NPR. Her books have won the PEN/Hemingway Award, the Massachusetts Book Award and the PEN New England Award in Fiction, and have been translated widely. She lives in New England.