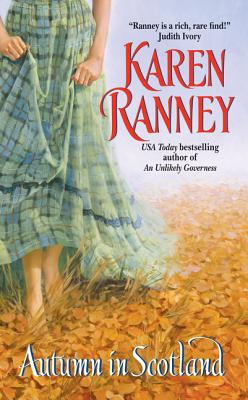 Abandoned by a rogue

Betrothed to an earl she had never met, Charlotte Haversham arrived at Balfurin, hoping to find love at the legendary Scottish castle. Instead she found decaying towers and no husband among the ruins. So Charlotte worked a miracle, transforming the rotting fortress into a prestigious girls' school. And now, five years later, her life is filled with purpose—until . . .

Seduced by a stranger

A man storms Charlotte's castle—and he is not the reprehensible Earl of Marne, the one who stole her dowry and dignity, but rather the absent lord's handsome, worldly cousin Dixon MacKinnon. Mesmerized by the fiery Charlotte, Dixon is reluctant to correct her mistake. And though she's determined not to play the fool again, Charlotte finds herself strangely thrilled by the scoundrel's amorous attentions. But a dangerous intrigue has drawn Dixon to Balfurin. And if his ruse is prematurely revealed, a passionate, blossoming love affair could crumble into ruin.