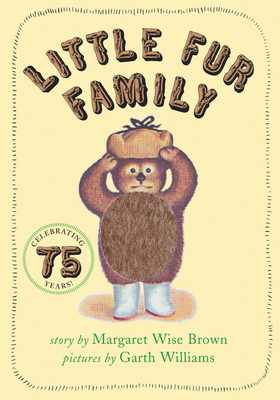 Celebrate 75 years with this beloved classic from Margaret Wise Brown and Garth Williams. This sturdy board book features a soft, brown, furry tummy on the cover for little ones to touch and feel!

Little Fur Family tells the story of a little fur child's day in the woods with his family. The day ends when his big fur parents tuck him in bed "all soft and warm," and sing him to sleep with a lovely bedtime song.

Garth Williams's soft illustrations join Margaret Wise Brown's rhythmic text to create a gentle lullaby that is sure to comfort and delight readers. Cuddle up with this timeless, classic story!