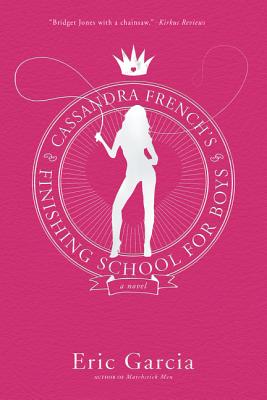 What if women really could change men? Sex and the City meets Misery in this brilliantly twisted take on chick lit.

On the surface, Cassandra French is living the typical LA lifestyle. A lawyer at a film studio, she spends her days bored by the tedium of the Business Affairs department, and her evenings either dating a string of useless men or meeting up with her girlfriends to bemoan the uselessness of said men. But luckily none of this matters, because Cassandra French has a vocation. Cassandra is a woman on a mission. And her mission is to reform men. Because how is it that she’s got such great girlfriends but never meets a man worthy of them? How is it that a man can have no conversation, no manners and no fashion sense...and yet he gets his pick of beautiful women? Something has to be done.

And so, in her basement, she’s set up her own Finishing School for Boys. There, men learn to dress well, to date well, to compliment a woman, to make great dinner conversation, and to leave behind all the arrogance, brutishness and idiocy that society has bred into them. It’s all going brilliantly—her students are happy, Cassandra’s succeeding at something she believes in passionately—until she enrolls Jason Kelly, the studio’s biggest star. And suddenly Cassie’s in over her head...

Eric Garcia is the author of several novels, including Matchstick Men, which was made into a feature film directed by Ridley Scott and starring Nicolas Cage, and the Anonymous Rex series. A native of Miami, Florida, he now lives in Southern California with his wife, two daughters, and a dog.