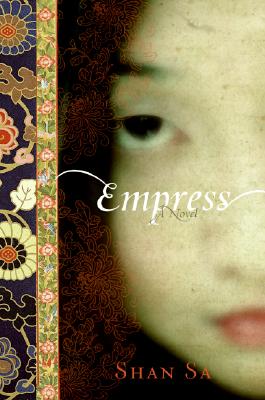 A ravishing historical novel of one of China's most controversial historical figures: its first and only female emperor, Empress Wu, who emerged in the Tang Dynasty and ushered in a golden age.

In seventh–century China, during the great Tang dynasty, a young girl from the humble Wu clan entered the imperial gynaecium, which housed ten thousand concubines. Inside the Forbidden City, she witnessed seductions, plots, murders, and brazen acts of treason. Propelled by a shrewd intelligence, an extraordinary persistence, and a friendship with the imperial heir, she rose through the ranks to become the first Empress of China. On the one hand, she was a political mastermind who quelled insurrections, eased famine, and opened wide the routes of international trade. On the other, she was a passionate patron of the arts who brought Chinese civilization to unsurpassed heights of knowledge, beauty, and sophistication.

And yet, from the moment of her death to the present day, her name has been sullied, her story distorted, and her memoirs obliterated by men taking vengeance on a women who dared become Emperor. For the first time in thirteen centuries, Empress Wu flings open the gates of her Forbidden City and tells her own astonishing tale–revealing a fascinating, complex figure who in many ways remains modern to this day.


Praise For Empress: A Novel…

“A compelling read and surprisingly easy to follow, given its exotic complexity.”
— Kirkus Reviews

“Brilliant . . . illuminates the life and times of one of the ancient world’s most powerful, capable, and overlooked women.”
— Booklist

Shan Sa was born in Beijing and had her first poems, essays, and stories published at the age of eight. In 2001 her novel The Girl Who Played Go won the Goncourt Prize. The author of Empress, she is also a celebrated artist who has had prominent exhibitions in Paris and New York.