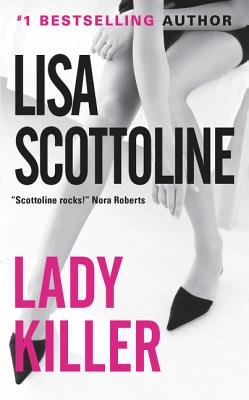 A young lawyer searches for her missing rival from high school and finds more than she bargained for, in the latest high-octane thriller from New York Times bestselling author

She’s bright, witty, and dynamically attractive. So why can’t Mary DiNunzio still get a date? While her love life is frozen, her career is heating up. She’s become quite a rainmaker at her law firm, attracting new clients from her loyal South Philly fan base. But of all the friends-from-down-the-block, second cousins, and ersatz uncles who come for help, that last person she expects to see is Trish Gambini, a super-foxy hair colorist—and Mary’s high school rival.

Back then, while Mary was becoming a straight-A president of the Latin Club and all around Most Likely to Achieve Sainthood, head Mean Girl/Slut Trish flunked religion and was one of the most popular girls in the class. But the once fearless teenager has become a woman terrified of her live-in boyfriend, Bobby Mancuso, an abusive, gun-toting drug dealer for the mob. Mary remembers Bobby very well. He was her first high school crush . . . and more.

Even though she’s is sympathetic to Trish’s plight, there’s really nothing Mary or the law can do. Right now this Italian girl has far too much on her plate to worry about Trish. She’s caught in the middle of a legal rumble between her father’s Dean Martin Fan Club and the Frank Sinatra Social Society. Dino’s fans are tired of the King of Cool being one-upped by Francis Albert, and they’re want to sue for emotional distress.

But that’s just the beginning of trouble for Mary. Trish suddenly vanishes, and then Bobby Mancuso. Until Bobby is found—dead. To prevent a riot and save her reputation among neighbors and family, the South Philly girl must find Trish and solve a murder. And she’ll do it her way, though maybe with a little help from Dean and Frank.

Lisa Scottoline is a #1 bestselling and award-winning author of more than thirty-two novels. She also co-authors a bestselling non-fiction humor series with her daughter, Francesca Serritella. There are more than thirty million copies of Lisa's books in print in more than thirty-five countries. She lives in Pennsylvania with an array of disobedient but adorable pets.