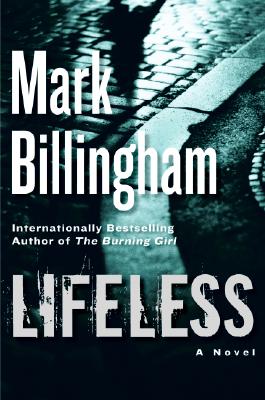 To friends and enemies alike, it looks as though Tom Thorne's career is on the skids. Depressed by the recent loss of his father and berated for seriously overstepping the mark on his last case, he's been encouraged to take "gardening" leave. For an ambitious detective&#8212especially one without so much as a window box—it's a fairly dire situation.

But not as dire as the situation for London's homeless. Three men, sleeping rough on the streets, have been murdered, each victim kicked to death and found with a banknote pinned to his chest. Were these men just random alcoholics, junkies, and jetsam? Or were they targeted for a reason?

With nothing to lose, Thorne sets out to find the killer. It helps that he's well acquainted with the streets, once as a policeman on the beat, but now as one of life's rejects. In a harsh and harrowing netherworld, with its own rules and moral codes, Thorne discovers the horrifying link between the homeless victims and the perpetrators of a fifteen-year-old atrocity.

Those who know are saying nothing. But the word on these streets is that the killer is a cop. A policeman, it seems, was sniffing around long before Thorne came on the scene.

The latest in the Tom Thorne series, Lifeless is the thrilling story of a man as driven to find a ruthless killer as he is to bring about his own self-destruction. With dark humor and incredible tension, Mark Billingham reaffirms his place as one of today's master storytellers.


Praise For Lifeless: A Novel…

“a complex crime thriller...”LIFELESS” is anything but.”
— New York Daily News

“LIFELESS is his best novel yet: complex, thought-provoking, moving and, in parts, very funny.... A tour de force.”
— The Observer

Mark Billingham is the author of nine novels, including Sleepyhead, Scaredy Cat, Lazybones, The Burning Girl, Lifeless, and Buried—all Times (London) bestsellers—as well as the stand-alone thriller In the Dark. For the creation of the Tom Thorne character, Billingham received the 2003 Sherlock Award for Best Detective created by a British writer, and he has twice won the Theakston’s Old Peculier Crime Novel of the Year Award. He has previously worked as an actor and stand-up comedian on British television and still writes regularly for the BBC. He lives in London with his wife and two children.