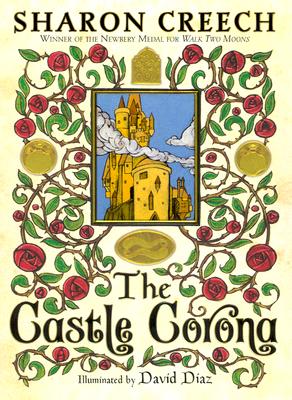 There was a castle. But not just any castle. This was a castle that glittered and sparkled and rose majestically above the banks of the winding Winono River: the Castle Corona.

And in this castle lived a family. But not just any family. This was the family of King Guido: rich and royal and . . . spoiled. And King Guido was so spoiled that neither jewels nor gold nor splendid finery could please him, for what he longed for most was . . . a nap and a gown that didn't itch.

Far below this grand, glittering castle lived two peasants. But not just any peasants. These peasants, though poor and pitiful, were plucky and proud. And in possession of a stolen pouch. But not just any pouch. A pouch whose very contents had the power to unlock secrets and transform lives . . .

And oh, there is an author. But not just any author. Sharon Creech is a Newbery Medal-winning author whose tantalizing tale will not only dazzle and delight but also entertain and excite.