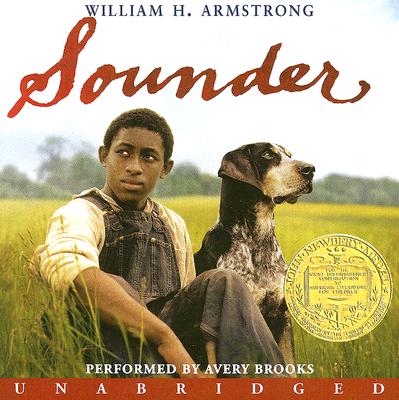 The Newbery Medal–winning classic novel about the courage and faith—and the love of a dog—that give a family strength in the face of inhumanity.

The boy knows that times are tough for his family. Every night, his father goes out hunting with their great coon dog, Sounder, to try to put food on the table. But even with the little they bring back, there is still never enough for the family to eat.

When the boy awakens one morning to a sweet-smelling ham on the table, it seems like a blessing. But soon, the sheriff and his deputies come to the house and take the boy’s father away in handcuffs. Suddenly the boy must grow up fast in a world that isn’t fair, keeping hope alive through the love he has for his father’s faithful dog, Sounder.

Avery Brooks is an accomplished actor, director, musician, and teacher. His credits include the television role of Captain Benjamin Sisko on Star Trek: Deep Space Nine. He served as the National Black Arts Festival's Artistic Director throughout the 1990s and is an Associate Professor of Theater Arts at Rutgers University.