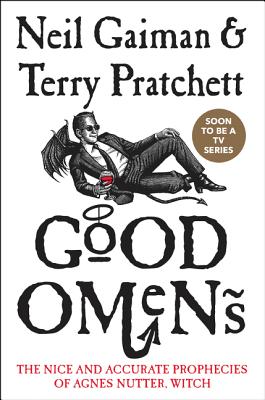 “The Apocalypse has never been funnier.” — Clive Barker

“Reads like the Book of Revelation, rewritten by Monty Python.” — San Francisco Chronicle

“It could be called The Hitchhiker’s Guide to Armargeddon.” — Palm Beach Post

“Full-bore contemporary lunacy. A steamroller of silliness that made me giggle out loud.” — San Diego Union-Tribune

“A direct descendant of The Hitchhiker’s Guide to the Galaxy.” — New York Times

“Outrageous . . . read it for a riotous good laugh!” — Orlando Sentinel

“A slapstick Apocalypse, a grinning grimoire, a comic Necronomicon, a hitchhiker’s guide to the netherworld.” — James Morrow, author of Only Begotten Daughter

“One Hell of a funny book.” — Gene Wolfe

“Something like what would have happened if Thomas Pynchon, Tom Robbins and Don DeLillo had collaborated.” — Washington Post