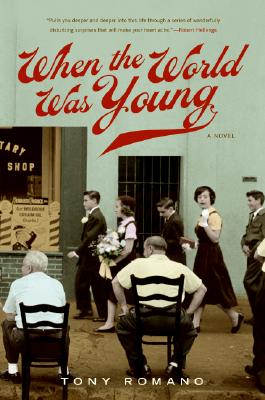 It's the summer of 1957. In the heart of Chicago, first-generation Italian immigrants Angela Rosa and Agostino Peccatori are caught between worlds. Far from home and with five children born in the United States, the Peccatori family is left clinging to old country ways in an era of upending change. While Agostino spends his days running the neighborhood trattoria, Mio Fratello, Angela Rosa must face the building tension at home as her children struggle to define themselves within a family rooted in tradition. When Agostino's wandering eye can no longer be ignored, and lingering questions of fidelity and responsibility invade the Peccatoris' intimate world, the pressure to keep the family together mounts.

Just as it seems the Peccatoris' stoic foundation and resilient spirit are enough to withstand the family friction, the events of a single tragic evening bring all their lives to a sudden and irreversible standstill. Haunted by overwhelming loss, and drowning in years of secrets and deception, the family begins to unravel under the burden of guilt. As the Peccatori children move into adulthood, alienated from one another by grief and the complexity of their adolescence, their ties of kinship are put to the ultimate test.

Bound together by blood yet indelibly marked by loss, the Peccatori family becomes a testament to the power of sacrifice, loyalty, and unconditional love. Told through alternating voices and beautifully crafted prose, When the World Was Young is a stunning, poignant tale of one family's will to survive.


Praise For When the World Was Young…