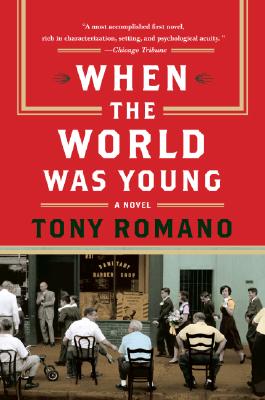 In Chicago, in the summer of 1957, Italian immigrants Angela Rosa and Agostino Peccatori are caught between worlds, as they cling to old-country ways in an era of upending change. Angela Rosa must cope with the building tension—exacerbated by Agostino's wandering eye—of raising five U.S.-born children who are struggling to define themselves within a family rooted in old-world tradition. But the events of a single tragic evening are about to bring all of their lives to a sudden, irreversible standstill—as a once resilient family begins to unravel under a crushing burden of guilt. A poignant testament to the power of sacrifice, loyalty, and unconditional love, When the World Was Young is a stunning tale of one family's will to survive.


Praise For When the World Was Young: A Novel…