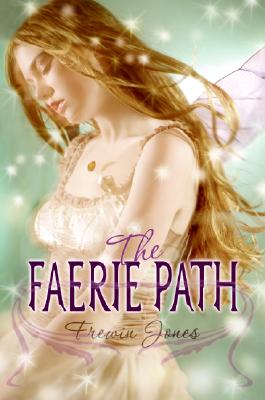 An ordinary girl discovers she is a lost princess of Faerie—and is torn between two worlds and between two loves.

Anita was living an ordinary life, until an elegant stranger pulled her into another world. She discovers she is Tania, the lost princess of Faerie. Since Tania’s mysterious disappearance on the eve of her wedding five hundred years before, Faerie has been sunk in gloom. With her return, Faerie comes alive again. But Tania can’t forget Anita’s world, or the boy she loved there. Torn between two loves and between two worlds, Tania comes to realize why she disappeared so long ago. There is a magical ability that only she possesses, and that she must use to stop a sinister plan that threatens not only her, but the entire world of Faerie.

Frewin Jones has always believed in the existence of "other worlds" that we could just step in and out of if we only knew the way. In the Mortal World, Frewin lives in southeast London with a mystical cat called Siouxsie Sioux.