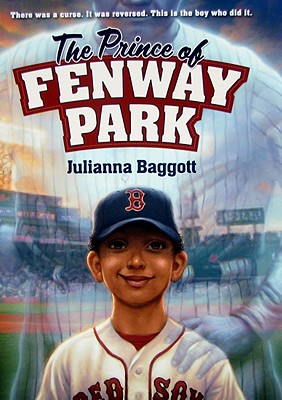 The Prince of Fenway Park

Twelve-year-old Oscar Egg be-lieves he is cursed, just like the Red Sox. His real parents didn't want him, and now his adopted mom has dumped him off to live with his strange, sickly dad.

But there's something Oscar doesn't know. The Boston Red Sox really are cursed, and not just because they sold Babe Ruth in 1919. Someone deliberately jinxed the team, and the secret to breaking the Curse lies deep below Fenway Park, with Oscar's dad and the Cursed Creatures, a group that has been doomed to live out their miserable lives below Fenway until the Curse is broken.

Oscar knows he can be the one to break the Curse, allowing the Red Sox to finally win the World Series and setting the Cursed Creatures free. But some of the creatures are angry. Some don't want the Curse broken. Some want Oscar, and the Red Sox, to fail and remain cursed forever.


Praise For The Prince of Fenway Park…

“Offers an intriguing angle to spark discussions”
— ALA Booklist

“Young sports fans will revel in Baggott’s underworld…[and] will dig their cleats in for a thoroughly involving tale.”
— Kirkus Reviews

Julianna Baggott is a poet and the author of several novels for adult readers, including Girl Talk, The Madam, and The Miss America Family, as well as Which Brings Me to You, cowritten with Steve Almond. As the pseudonymous N. E. Bode, she has written The Slippery Map, The Anybodies, The Nobodies, and The Somebodies. She lives with her family in Tallahassee, Florida.