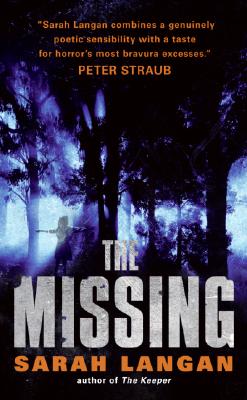 A remote and affluent Maine community, Corpus Christi was untouched by the environmental catastrophe that destroyed the neighboring blue-collar town of Bedford. But all that will change in a heartbeat . . .

The nightmare is awakened when third-grade schoolteacher Lois Larkin takes the children on a field trip to Bedford. There in the abandoned woods, a small, cruel boy unearths an ancient horror—a contagious plague that transforms its victims into something violent, hungry . . . and inhuman.

The long, dark night is just beginning. And all hope must die as the contagion feeds—for the malevolence will not rest until it has devoured every living soul in Corpus Christi . . . and beyond.


Praise For The Missing…

“Langan has the control of a pro….” — Publishers Weekly (starred review)

“A genuine creepfest that recalls, in the best way possible, the early work of Stephen King” — Publishers Weekly (starred review)

“Langan has crafted a grisly horror story that will keep you out of the woods for years to come.” — BookPage

“Langan has a sharp eye for the small vivid details of American life, and her characters are utterly believable.” — London Times on The Keeper

“THE MISSING is reminiscent of Stephen King’s Salem’s Lot with wicked drops of Koontz, Barker, and Straub.” — J.C. Patterson

“[THE MISSING is] as engrossing as a dagger poised at one’s throat.” — J.C. Patterson

“An astonishing first novel...chilling, haunting, and so smartly written that the pages fly by like the wind.” — Ray Garton, author of THE LOVELIEST DEAD

“THE KEEPER kept me up, late into the night...I’m hoping for a whole shelf of novels by Langan.” — Kelly Link, author of MAGIC FOR BEGINNERS

“[A] brilliant debut, heralding the arrival of a major talent.” — Tim Lebbon, author of DUSK and BERSERK

“A smart, brand-new take on the haunted house story…hard to believe this is a first novel.” — Jack Ketchum, author of OFFSPRING

“[A] distinct and juicy flavor all its own. THE KEEPER begins what should be a very fruitful career.” — Peter Straub, New York Times bestselling author of IN THE NIGHT ROOM

“...The new author on the block is definitely a keeper...” — -Edward Bryant, Locus

Sarah Langan received her MFA in fiction writing from Columbia University. She studied with Michael Cunningham, Nicholas Christopher, Helen Schulman, Susan Kenney, and Maureen Howard, among others, all of whom have been instrumental to her work. The author of The Keeper and the Bram Stoker Award-winning The Missing, she is a master's candidate in environmental medicine at NYU and lives in Brooklyn, New York.