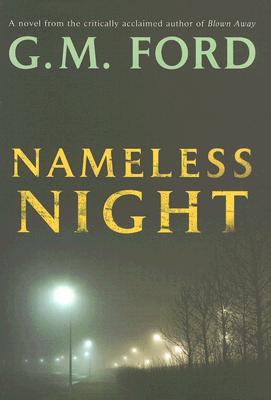 He wowed critics with his Frank Corso and Leo Waterman series, catapulting to the upper ranks of contemporary crime writers with each riveting new thriller. Now, G.M. Ford is back with a brand-new book, his first stand-alone novel, featuring a man with no name, no past--and at the center of a conspiracy so pervasive he's forced to run from the only home he's ever known--straight into the abyss--in his search for truth. . . .

Discovered lying near death in a railroad car, his body broken, his mind destroyed, Paul Hardy has spent the past seven years living in a group home for disabled adults, his identity and his past lost--seemingly forever. Then, after a horrific car accident, he awakens a new man, his face reconstructed, and his mind shadowy with memory. With only a name and a vaguely remembered scene to guide him, he goes on a cross-country quest to find out who he really is. But his search for the truth makes a lot of people uncomfortable--from the DA's office to the highest levels of government. Soon Paul is being tailed by an army of pursuers as he finds himself at the center of a government cover-up that has already claimed too many innocent lives--and the numbers are mounting. It's the kind of thing that could make even a man on the outskirts of society feel the pull of justice. A justice that might be worth killing for. Or dying for . . .

"One of the mystery genre's most skilled writers."
-Booklist

"[A] masterfully gripping suspenseful tale that will keep you guessing."
-Statesman Journal (Oregon)

"Be sure to set some time aside when you start reading this book because you won't want to put it down. [...] This book is highly recommended."
-Nancy Eaton, American Chronicle

"[A] fresh and gritty thriller that sticks to you like Gorilla Glue."
-Madison County Herald

"[Nameless Night] will absolutely reward your investment of both heart and brains."
-The Sullivan County Democrat