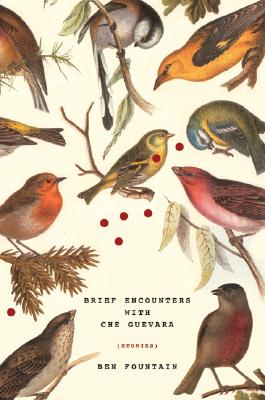 The well-intentioned protagonists of Brief Encounters with Che Guevara are caught -- to both disastrous and hilarious effect -- in the maelstrom of political and social upheaval surrounding them. In "Near-Extinct Birds of the Central Cordillera," an ornithologist being held hostage in the Colombian rain forest finds that he respects his captors for their commitment to a cause, until he realizes that the Revolution looks a lot like big business. In "The Good Ones Are Already Taken," the wife of a Special Forces officer battles a Haitian voodoo goddess with whom her husband is carrying on a not-entirely-spiritual relationship. And in "The Lion's Mouth," a disillusioned aid worker makes a Faustian bargain to become a diamond smuggler for the greater good. With masterful pacing and a robust sense of the absurd, each story in Brief Encounters with Che Guevara is a self-contained adventure, steeped in the heady mix of tragedy and danger, excitement and hope, that characterizes countries in transition.

Through Fountain's rounded and novelistic prose, these intelligent and keenly observed stories are painted in provocative and vibrant detail across a global canvas. Brief Encounters with Che Guevara marks the arrival of a striking and resonant new voice that speaks adeptly to the intimate connection between the foreign, the familiar, and the inescapably human.

“In this first collection the author brings the virtuosity of Greene and le Carre to tales of foreign adventures.”
— Boston Globe

“An impressive and entertaining book of short stories...”
— Newsday

“An impeccable debut collection; if Fountain can keep it up, he’s an heir to Paul Theroux.”
— Kirkus Reviews

“Ben Fountain writes deftly about fear and disorientation abroad in his first story collection.”
— Outside magazine

“[Fountain] is a gifted storyteller and his collection will blow your literary socks off.”
— Tucson Citizen

“Fountain has the storytelling gifts to bring the world home to us and a moral compass set to true north.”
— Gary Shteyngart, author of Absurdistan

“Fountain’s confidence in taking on real world problems is matched by his reluctance to pontificate or judge.”
— Nell Freudenberger, author of The Dissident

“It is such an unexpected joy, in this age of introspection, to discover an American writer with a global outlook.”
— Jim Crace, author of Genesis and Being Dead

“[A] brilliant...exhilarating book, filled with heavenly language and insight.”
— Tom Bissell, author of Chasing the Sea and God Lives in St. Petersburg

“Fountain ... gets his message across without forsaking characterization and vivid descriptiveness. . .a revealing view of the human condition.”
— Miami Herald

“...Fountain’s stories reach for a broader engagement...This book is a step in the right direction.”
— Boston Sunday Globe

“[Fountain’s] really a bright light on character in extreme conditions.”
— Will Blythe, The News and Observer

“... Fountain[’s]excursions into foreign infernos have an innocence all their own.”
— Cleveland Plain Dealer

“The work of a talented writer pursuing compelling and complicated themes.”
— Austin Chronicle

“...an author with a gift for reaching into the past and producing something compelling and new.”
— Los Angeles Book Review

“... an author with a gift for reaching into the past and producing something compelling and new.”
— Baltimore Sun

“Ben Fountain takes readers all over the world, navigating the alleys of the human soul with an expert’s hand.”
— The California Aggie

” ...the ambition and global outlook of Fountain’s fiction marks a welcome addition to the literature produced in our state.”
— Houston Chronicle

“He imbues each narrative with an understanding of international politics and conflicts, and the sticky moral complexities involved.”
— Cleveland Plain Dealer