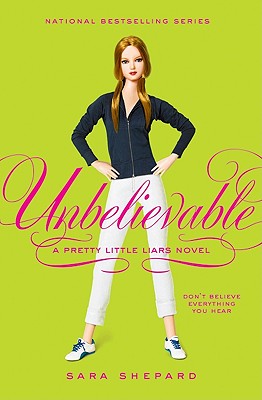 Behind Rosewood's grand façades, where the air smells like apples and Chanel No. 5 and infinity pools sparkle in landscaped backyards, nothing is as it seems. It was here, back in seventh grade, that five best friends shared everything—Seven jeans, MAC makeup, and their deepest, darkest secrets. For Aria, Spencer, Hanna, and Emily, it was a dream come true . . . until Alison, the most beautiful of them all, suddenly vanished.

Now someone named A has turned their charmed lives into a living nightmare. Emily has been shipped off to her hyper-conservative cousins in Iowa. Aria is stuck living with her dad and his home-wrecker girlfriend. And Spencer fears she had something to do with Alison's murder. But Hanna's fate is far worse than all of that—she's clinging to life in the hospital, because she knew too much.

With A's threats turning dangerous and Ali's killer still on the loose, the girls must uncover the truth—about A, about Ali, and about what happened to Hanna—before they become A's next victims. But as they unravel Rosewood's mysteries and secrets, will it bring an end to the horror . . . or is this just the beginning?