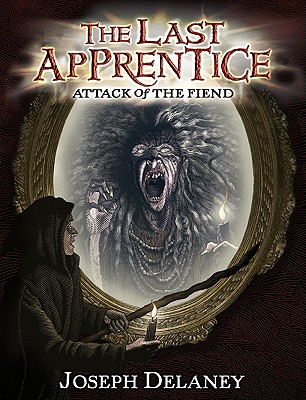 Attack of the Fiend (Book 4)

"I see your future clearly. Your master will be dead, and you will be alone. It would be better if you had never been born."

Thomas Ward is the apprentice for the local Spook, who banishes boggarts and drives away ghosts. But now a new danger is threatening Tom's world: the witches are rising and the three most powerful clans are uniting in order to conjure an unimaginable evil.

Tom and the Spook set out to stop the witches before they unleash the demon. But when Tom finds himself on his own, he wonders if he has the courage and cunning to defeat the most powerful enemy he has ever encountered.