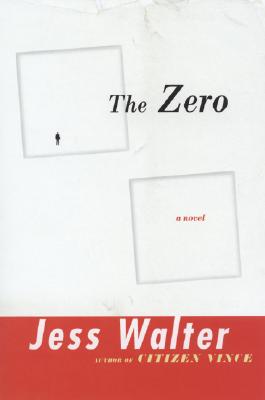 The breakout novel from a writer of extraordinary talent: In the wake of a devastating terrorist attack, one man struggles to make sense of his world, even as the world tries to make use of him

Brian Remy has no idea how he got here. It’s been only five days since terrorists attacked his city, and Remy is experiencing gaps in his life—as if he were a stone being skipping across water. He has a self-inflicted gunshot wound that he doesn’t remember inflicting. His son wears a black armband and refuses to acknowledge that Remy is still alive. He seems to be going blind. He has a beautiful new girlfriend whose name he doesn’t know. And his old partner in the police department, who may well be the only person crazier than Remy, has just gotten his picture on a box of First Responder cereal.

And these are the good things in Brian Remy’s life. While smoke still hangs over the city, Remy is recruited by a mysterious government agency that is assigned to gather all of the paper that was scattered in the attacks. As he slowly begins to realize that he’s working for a shadowy intelligence operation, Remy stumbles across a dangerous plot, and with the world threatening to boil over in violence and betrayal, he realizes that he’s got to track down the most elusive target of them all—himself. And the only way to do that is to return to that place where everything started falling apart.

In the tradition of Catch-22, The Manchurian Candidate, and the novels of Ian McEwan, comes this extraordinary story of searing humor and sublime horror, of blindness, bewilderment, and that achingly familiar feeling that the world has suddenly stopped making sense.


Praise For The Zero: A Novel…

“This is political satire at its best: scathing, funny, dark. Grade: A.”
— Entertainment Weekly

“A brilliant tour–de–force that’s as heartrending as it is harrowing…the breakout novel of a brave and talented young writer.”
— Kirkus Reviews (starred review)

“Exquisitely written . . . Like a paranoid Being There, The Zero is suspenseful, satisfying and unforgettable.”
— “Galley Talk” Publishers Weekly

Praise for Citizen Vince: “Citizen Vince is fast, tough, thoughtful and funny. I loved this novel.”
— Nick Hornby, author of High Fidelity and A Long Way Down

Praise for Land of the Blind: “Walter is at his incisive best. …hypnotically compelling.”
— Publishers Weekly