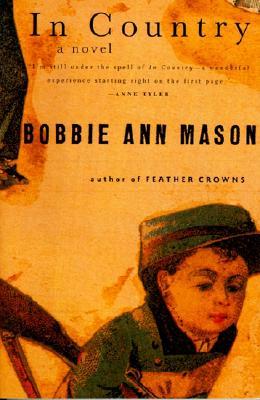 In the summer of 1984, the war in Vietnam comes home to Sam Hughes, whose father was killed there before she was born:

The soldier-boy in the picture never changed. In a way that made him dependable. But he seemed so innocent.

"Astronauts have been to the moon," she blurted out to the picture. "You missed Watergate. I was in the second grade."