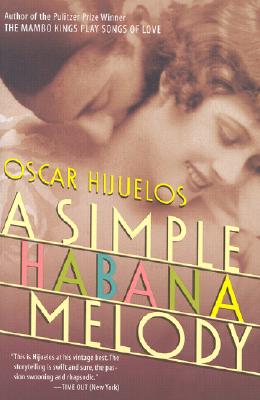 It is 1947, and Israel Levis, a Cuban composer whose life had once been a dream of music, love, and sadness, returns to Cuba after being mistakenly imprisoned during the Nazi occupation of France.

When Levis arrives back in Habana, his mind returns to an unrequited romance with the alluring Rita Valladares, a singer for whom Levis had written his most famous song, "Rosas Puras." This 1928 composition became the most famous rumba in the world and changed American and European tastes in music and dance forever.

A love story—of art, family, and country—A Simple Habana Melody is a virtuoso performance from one of our most important writers.


Praise For A Simple Habana Melody…

Oscar Hijuelos was born of Cuban parentage in New York City in 1951. He is a recipient of the Rome Prize, the Pulitzer Prize, and grants from the National Endowment for the Arts and the Guggenheim Foundation, among others. His five previous novels have been translated into twenty-five languages.