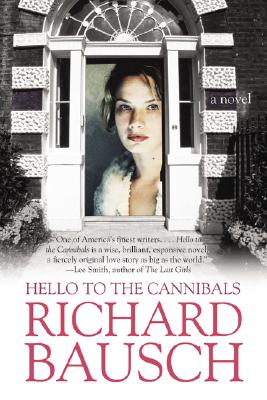 Hello to the Cannibals

At first, all Lily Austin knows about 19th–century explorer Mary Kingsley is that, 100 years before, she was the first white woman to venture into the heart of Africa. But as Lily begins reading about Mary Kingsley, she becomes more and more fascinated – and discovers in Mary a kindred spirit.

In her own life, Lily feels trapped – on the one hand, she craves family and intimate connection; on the other hand, she has no healthy or satisfying role models. Consequently, as she nears graduation from the University of Virginia, she finds herself uncertain about what to do with her life.

As she researches Mary's life – she has begun writing a play about her – Lily comes to witness Mary's incredible bravery and startling originality, qualities that prove inspirational to Lily, whose own bravery is required as she attempts to navigate dysfunctional and destructive relationships with her young husband, her extended family – and a legacy of abuse dating back to her childhood.

Richard Bausch is the author of nine other novels and seven volumes of short stories. His work has appeared in the New Yorker, the Atlantic Monthly, Esquire, Playboy, GQ, Harper's Magazine, and other publications, and has been featured in numerous best-of collections, including the O. Henry Awards' Best American Short Stories and New Stories from the South. In 2004 he won the PEN/Malamud Award for Excellence in the Short Story.