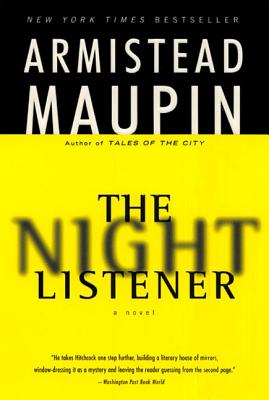 "I'm a fabulist by trade," warns Gabriel Noone, a late-night radio storyteller, as he begins to untangle the skeins of his tumultuous life: his crumbling ten-year love affair, his disaffection from his Southern father, his longtime weakness for ignoring reality. Gabriel's most sympathetic listener is Pete Lomax, a thirteen-year-old fan in Wisconsin whose own horrific past has left him wise and generous beyond his years. But when this virtual father-son relationship is rocked by doubt, a desperate search for the truth ensues. Welcome to the complex, vertiginous world of The Night Listener....