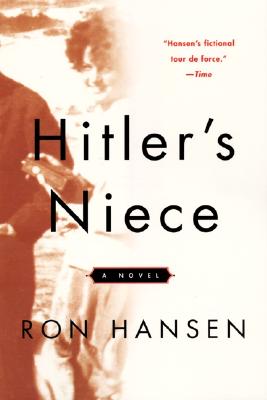 Hitler's Niece tells the story of the intense and disturbing relationship between Adolf Hitler and the daughter of his only half-sister, Angela, a drama that evolves against the backdrop of Hitler's rise to prominence and power from particularly inauspicious beginnings. The story follows Geli from her birth in Linz, Austria, through the years in Berchtesgaden and Munich, to her tragic death in 1932 in Hitler's apartment in Munich. Through the eyes of a favorite niece who has been all but lost to history, we see the frightening rise in prestige and political power of a vain, vulgar, sinister man who thrived on cruelty and hate and would stop at nothing to keep the horror of his inner life hidden from the world.

Ron Hansen is the bestselling author of the novel Atticus (a finalist for the National Book Award), Hitler's Niece, Mariette in Ecstasy, Desperadoes, and Isn't It Romantic?, as well as a collection of short stories, a collection of essays, and a book for children. The Assassination of Jesse James by the Coward Robert Ford was a finalist for the PEN/Faulkner Award. Ron Hansen lives in northern California, where he teaches at Santa Clara University.