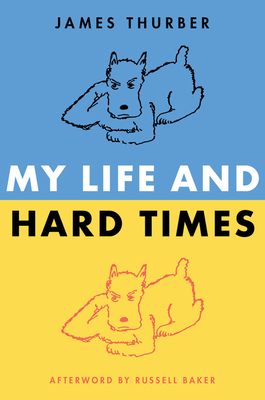 “Thurber is...a landmark in American humor...he is the funniest artist who ever lived.” — New Republic

Widely hailed as one of the finest humorist of the twentieth century, James Thurber looks back at his own life growing up in Columbus, Ohio, with the same humor and sharp wit that defined his famous sketches and writings. In My Life and Hard times, first published in 1933, he recounts the delightful chaos and frustrations of family, boyhood, youth, odd dogs, recalcitrant machinery, and the foibles of human nature.


Praise For My Life and Hard Times (Perennial Classics)…

“As a humorist Thurber is contemporary and timeless.” — The Spectator

“Possibly the shortest and most elegant autobiography ever written.” — Russell Baker

"The late James Thurber from Columbus, Ohio, in the course of his work as an ironic and comic genius, was as rare a thing as can be found in the United States—a stark American without a trace of corn, and a first-class sensibility without a tinge of the precious. He died within twelve months of Hemingway and Faulkner, and Thurber himself is already a figure, at once looming and modest, in the national pantheon." — Newsweek

“Thurber’s My Life and Hard Times is just about the best thing I’ve ever read.” — Ogden Nash

James Thurber was born in Columbus, Ohio, in 1894. Famous for his humorous writings and illustrations, he was a staff member of The New Yorker for more than thirty years. He died in 1961.