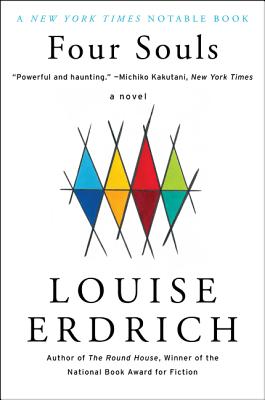 After taking her mother’s name, Four Souls, for strength, the strange and compelling Fleur Pillager walks from her Ojibwe reservation to the cities of Minneapolis and Saint Paul. She is seeking restitution from and revenge on the lumber baron who has stripped her tribe’s land. But revenge is never simple, and her intentions are complicated by her dangerous compassion for the man who wronged her.


Praise For Four Souls: A Novel…

“Vividly evoked …A welcome addition, then, to a uniquely enthralling and important American story.”
— Kirkus Reviews

“Fleur’s story, along with comic subplots involving the narrators, is marked by imagery both poetic and moving.”
— Library Journal