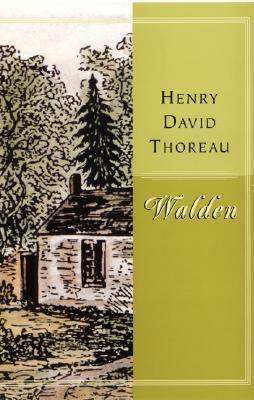 In 1845 Thoreau leased some land owned by his friend and mentor, Ralph Waldo Emerson on Walden Pond near Concord, Massachusetts, and lived in a cabin on it for two years, two months, and two days. The experience gave Thoreau the chance to make keen observations on the world around him. The result became an American classic: Walden explores not only the soul of the searching Thoreau, but defines what it means to be a truly free person, and distills the essence of our relationship of Nature.

Henry David Thoreau was born in 1817 in Concord, Massachusetts. He spent time as a school teacher after attending Harvard College but was dismissed for his refusal to administer corporal punishment. In 1845, wanting to write his first book, he moved to Walden Pond and built his cabin on land owned by Ralph Waldo Emerson. It was during his time at Walden that Thoreau was imprisoned briefly for not paying taxes; this experience became the basis for his well-known essay "Civil Disobedience." He died of tuberculosis in 1862 at the age of 44.