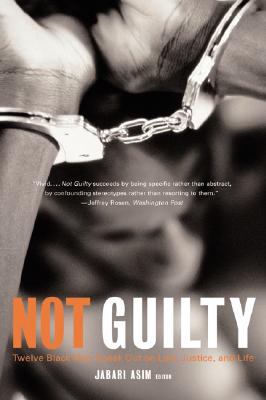 Twelve Black Men Speak Out on Law, Justice, and Life

Patrick Dorismond, Abner Louima, and Amadou Diallo -- hear what a jury of prominent African Americans has to say about the black man's struggle for justice in America

Prompted by the killing of Amadou Diallo and the acquittal of the four New York City police officers who mistook him for an armed criminal, this collection of essays by prominent black male writers offers twelve unique and startling perspectives on what it's like for a black man living in an inherently racist society.

Coming from a broad spectrum of economic and social backgrounds, the poets, journalists, lawyers, writers, and academics that make up this jury write forcefully and eloquently about growing up and raising sons, identifying with others and yearning to be set apart, attempting reasonable discourse, and succumbing to unspeakable anger. Together these essays deconstruct the monolithic myths that shroud our nation's black men and offer small rays of hope that on the streets, at school and work, and in the courtroom justice will be served.

Jabari Asim is the author of the critically acclaimed The N Word. He is editor-in-chief of The Crisis—the magazine of the NAACP—and former editor at and frequent contributor to the Washington Post, and his writing has appeared on Salon and in Essence, the Los Angeles Times, and other publications. He divides his time between Maryland and Illinois with his wife and five children.