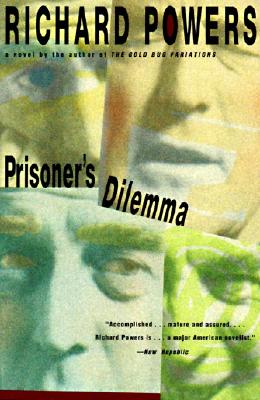 The magnificent second novel from the Pulitzer Prize–winning author of The Overstory and the forthcoming Bewilderment.

Something is wrong with Eddie Hobson, Sr., father of four, sometime history teacher, quiz master, black humorist, and virtuoso invalid. His recurring fainting spells have worsened, and given his ingrained aversion to doctors, his worried family tries to discover the nature of his sickness.

Meanwhile, in private, Eddie puts the finishing touches on a secret project he calls Hobbstown, a place that he promises will save him, the world, and everything that’s in it.

A dazzling novel of compassion and imagination, Prisoner’s Dilemma is a story of the power of individual experience.

“Grand fiction...Prisoner’s Dilemma is magnificent. Set it up there in the stratosphere with the American novels we study like pictures in the sky.”

“Enough plot twists and conspiracy-making ingredients to satisfy the most demanding aficionado of the genre.”
— Irish Times

Richard Powers is the author of thirteen novels. His most recent, The Overstory, won the Pulitzer Prize in Fiction. He is also the recipient of a MacArthur Fellowship and the National Book Award, and he has been a four-time National Book Critics Circle Award finalist. He lives in the foothills of the Great Smoky Mountains.
Loading...
or
Not Currently Available for Direct Purchase