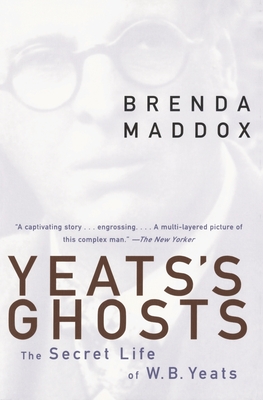 The Secret Life of W.B. Yeats

William Butter Yeats, who some critics feel was the greatest English language poet of our century, led a life of many contradictions. He was Ireland's most revered writer and won the Nobel Prize for Literature. But in his private life, Yeats struggled with passionate, if unrequited, relationships with women and was haunted by the spirits of his ancestors. Renowned biographer Brenda Maddox examines the poet's life through the prism of his personal obsession with the supernatural and otherworldly. She considers for the first time the Automatic Script, the trancelike communication with supposed spirits that he and his much younger wife. Georgie, conducted during the early years of their marriage. Writing with edge, wit, and energy, she finds the essential clues to Yeats's life and work in his unusual relationships with women, most particularly Maude and Iseult Gonne, his wife Georgie, and his rarely discussed mother.