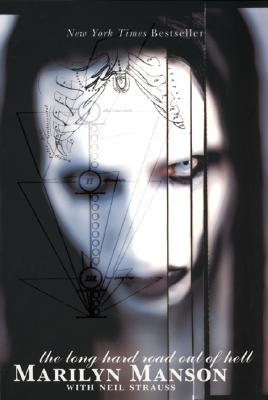 The Long Hard Road Out of Hell

The best-selling autobiography of America’s most controversial celebrity icon, Marilyn Manson (with a bonus chapter not in the hardcover).

In his twenty-nine years, rock idol Manson has experienced more than most people have (or would want to) in a lifetime. Now, in his shocking and candid memoir, he takes readers from backstage to gaol cells, from recording studios to emergency rooms, from the pit of despair to the top of the charts, and recounts his metamorphosis from a frightened Christian schoolboy into the most feared and revered music superstar in the country. Illustrated with dozens of exclusive photographs and featuring a behind-the-scenes account of his headline-grabbing Dead to the World tour.

Marilyn Manson has more than 450 scars, not counting emotional ones.

NEIL STRAUSS is an award-winning writer for Rolling Stone and the author or coauthor of ten New York Times bestsellers. He splits his time between Los Angeles and wherever the Jonas Brothers are.