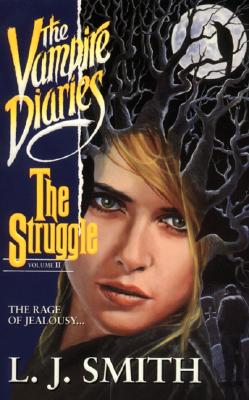 A Love Triangle of Unspeakable Horror...

Damon
Determined to make Elena his queen of darkness, he'd kill his own brother to possess her.

Stefan
Desperate for the power to destroy Damon, he succumbs to his thirst for human blood.

Elena
Irresistibly drawn to both brothers, her choice will decide their fate.

The terrifying story of two vampire brothers and the beautiful girl torn between them.