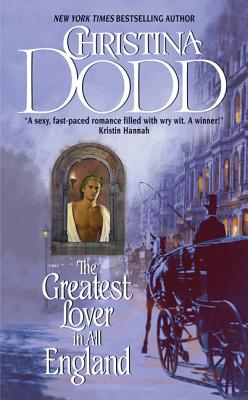 The Greatest Lover in All England

Since childhood, Rosie's life has been the stage—passing herself off as a boy playing women's roles in the somewhat disreputable theatrical troupe of actor Danny Plympton, Rosie's adoptive father. But when unanticipated danger confronts them, they must flee London, taking refuge at the estate of Sir Anthony Rycliffe. A handsome, devil-may-care rakehell, Tony quickly sees through Rosie's disguise.

But a lush, womanly form and eminently kissable lips are not the ravishing young beauty's only secrets—and the burning attraction Tony feels for her does not lessen the peril she has brought to his doorstep. The dashing rogue is determined to strip the irresistible lady of her mysteries—and her masculine garb—using all of his fabled seductive powers. After all, Tony has a reputation to uphold, as . . .

The Greatest Lover in All England