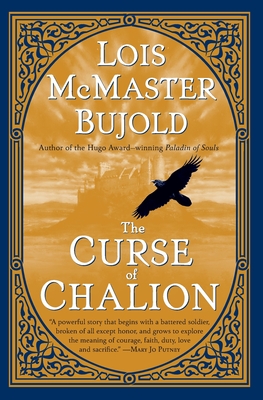 The Curse of Chalion (Chalion series #1)

A man broken in body and spirit, Cazaril returns to the noble household he once served as page and is named secretary-tutor to the beautiful, strong-willed sister of the impetuous boy who is next in line to rule. It is an assignment Cazaril dreads, for it must ultimately lead him to the place he most fears: the royal court of Cardegoss, where the powerful enemies who once placed him in chains now occupy lofty positions.

But it is more than the traitorous intrigues of villains that threaten Cazaril and the Royesse Iselle here, for a sinister curse hangs like a sword over the entire blighted House of Chalion. And only by employing the darkest, most forbidden of magics can Cazaril hope to protect his royal charge -- an act that will mark him as a tool of the miraculous . . . and trap him in a lethal maze of demonic paradox.


Praise For The Curse of Chalion (Chalion series #1)…

“Nicely detailed and wittily accented...Here’s hoping it launches a series of tales as well told as the Vorkosigan volumes.” — ALA Booklist (starred review)

"This is one of the great ones." — Science Fiction Chronicle

“Bujold continues to prove what marvels genius can create out of basic space operatics.” — Booklist

“First-rate . . . this is space opera at its dramatic best.” — Publishers Weekly on Memory