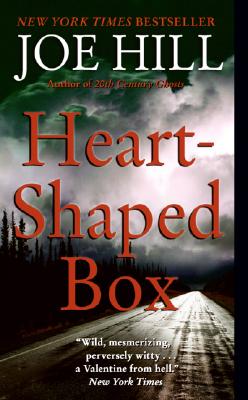 [Hill]’s got horror down pat, and his debut is hair-raising fun.”
— Kirkus Reviews

“You can’t go wrong with Heart-Shaped Box.” Top Five Fiction-Books of 2007
— The Observer

“A fast-paced journey on wheels borrowed from hell’s used-car lot, and there aren’t a lot of comfort breaks...The pictures [Hill] painted colored my dreams and darkened my mood even after I’d put the book down.”
— Cleveland Plain Dealer